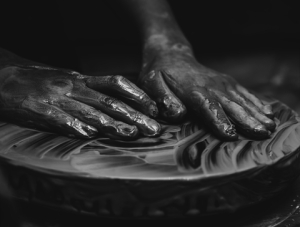 It is a common fallacy that stories are driven by plot. The truth is, the stories that last are the ones driven by character. They’re the ones where we’ve become so attached to the characters over the years, that we simply can’t let them go, rather we continue to re-imagine these characters over and over again. Huckleberry Finn, Holden Caulfield, Randle Patrick McMurphy-these characters are unforgettable, their traits carved into the memory of all readers who’ve met them, just as if they had walked through the door and shook the reader’s hand. These characters breathe and bleed upon the pages as the reader follows their stories in anticipation of what will become of them. How did their writers do it? What exactly is the perfect recipe for a character that bleeds?

Every character must have a desire that they are trying to fulfill. This “want” can be complex or simple. For example, little orphan Annie wants a family. Romeo wants to be with Juliet. Sometimes, the desire may be less apparent. Maybe your character’s desire is simply to understand their spouse better.

It is not necessary to spell the desire out in the text. It is only necessary for you, as the writer, to be aware of this as you are writing. Your character’s actions will be motivated by their desire, and so their desire is often an additional source of conflict (internal, and possibly external) within the story. The plot may or may not be tied around the desire, but the plot (external events) and the character’s need (internal events) will cross paths.

There’s nothing more cliché than the villain who is pure evil or the flawless hero or heroine. Don’t do this. Nobody is perfect (in either direction). Watch HBO’s, “The Iceman Tapes” if you don’t believe me. There you have a man who has killed hundreds of people without a hint of remorse, yet he continues to show undying devotion to his family. That’s a villain. He’s undoubtedly evil, and yet there’s this quality that almost makes you want to like him. What about the hero? Shouldn’t they be perfect? Absolutely not. Everybody has flaws, and everybody makes mistakes. Give them flaws. Screw them up. Have them make some bad decisions. Make them real.

As a writer, you need to know your character, from their background to their favorite food. I recommend a full character sketch, not just to get to know the character but also to maintain consistency throughout the story. The key is to realize upfront that 75-99% of the information probably won’t appear anywhere within the story’s framework. However, having that information at your disposal will allow you to have a deeper understanding of your character as a person, which will be reflected in your portrayal of the character in the writing.

Once you have completed the story, it is important to go through and ensure all the character traits, facts, and details are consistent (for example, that you didn’t mention they had blue eyes in chapter one, but green eyes in chapter three). Having a character sketch handy will simplify this process.

Once you have all the main ingredients, simply mix together with pen and paper to create your next unforgettable character.

Begin typing your search above and press return to search. Press Esc to cancel.